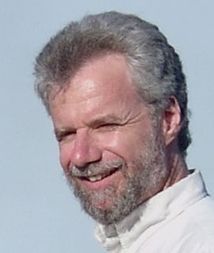 Douglas Worts has been a museologist since 1980 and a ‘culture and sustainability specialist’ since 1997.  Until the summer of 2008, he was an interpretive planner and audience researcher at the Art Gallery of Ontario, in Toronto.  At that point, Douglas, along with his colleague, Glenn Sutter, established WorldViews Consulting to provide advice and support to a wide range of organizations that are interested in sustainability.

Over the past three decades, Douglas has published and spoken widely, in Canada and internationally, on topics of museum audience, creativity, education and the relationship of culture to sustainability.  For almost 20 years, Doug’s special research and publishing focus has been on understanding and promoting the notion of a ‘culture of sustainability’.  This interest crystallized when he was invited to join LEAD International (Leadership for Environment and Development) – a cross-disciplinary, global network, funded by the Rockefeller Foundation and created to explore and promote the goal of sustainability.  He is a founding member of the Canadian Working Group on Museums and Sustainable Communities and a recipient of a Senior Research Fellowship from the Canadian Museums Association.  For five years, during the 1990s, Douglas taught a graduate course in museum education – part of the Master of Museum Studies Program at the University of Toronto.  A founding member of the Visitor Studies Association (VSA), Doug also has been a consultant to many museums and museum organizations, including the Victoria and Albert Museum in London, the Getty Museum in California and the American Association of Museums.  From 2002 to 2005, he was co-chair of the Alberta Museum Association’s Museum Excellence Program (MEP), helping to foster innovation and effectiveness across Alberta museums.  Douglas’ goal is to bring his unique perspective on culture’s relationship to sustainability into practical applications that foster meaningful societal change.  Check out more at http://douglasworts.ca for articles and other resources.

In 2012, Glenn Sutter decided that commitments in his hometown of Regina, (including his work at the Royal Saskatchewan Museum, his burgeoning musical career and, of course, his growing family), would prevent him from continuing as a partner in WorldViews.  As a result, WorldViews Consulting is now a ‘sole proprietor’ enterprise, but Glenn and Douglas continue to work together continue to work together on sustainability projects whenever the opportunity arises.
Contact:
douglas (dot) worts  (at)  worldviewsconsulting (dot) ca
Toronto, ON, Canada